The days of ordering “soda pop” and eating at ice cream parlors have begun to disappear. Eating organic is now trendy (how), everyone eats kale (guilty), and novelty desserts are eaten for the ‘gram (Black Tap). But Eddie’s Sweet Shop is a place to go if you’re feeling a little nostalgic. It’s been in business since 1909 and doesn’t serve Maple-Bacon-Bean ice cream flavors: they instead offer the traditional vanilla and chocolate sundaes of the world and add a gallon of whipped cream to every banana royal. It’s quaint, it’s cheap, and there’s a glass display of candies that you’ve probably forgotten exist.

And their ice cream is so damn good.

Eddie’s Sweet Shop has been in Forest Hills since 1909. 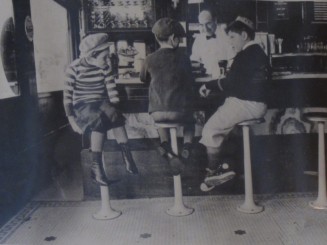 Nostalgia is a classic Coca-Cola ad. 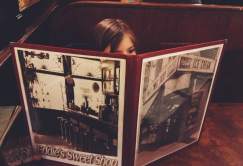 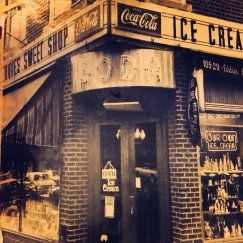 Picture on their menu.

Taking a very important phone call/digesting all that ice cream.